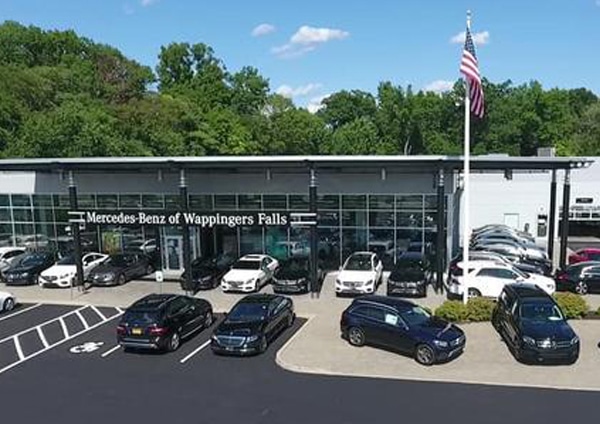 “RevolutionParts has allowed us to add consistent revenue at the end of the month without having to try very hard. There’s a lot of opportunity for profit out there, and getting it is not rocket science.”

Chris entered the world of digital retailing with practical expectations. He understood that the future of selling parts and accessories was online, so he signed up with RevolutionParts hoping simply to cover the costs and begin building an online presence. Turning a profit would be the cherry on top.

He got more than he bargained for. Just after 6 months on the platform, Chris is consistently adding five figures a month to the Mercedes-Benz of Wappinger Falls Parts Department.

Chris currently has a stand-alone Web Store and the Storefront Plugin (which allows customers to browse his inventory from the dealership website). He’s holding out on opening his very own eBay and Amazon stores for now. “You have to walk before you can run,” he says. Chris is committed to becoming a master of his current online selling channels before setting off on the next frontier. No doubt, the eCommerce knowledge he’ll acquire along the way will lend generously to his future revenue endeavors.

Even after such out-of-the-box success, Chris doesn’t let it influence his business diligence. “My main goal is consistency. You can’t hit homers every single month, but if we can stay consistent, I’m happy with that,” he says.

One of Chris’s favorite RevolutionParts features is the Order Fulfillment tool, which allows him to easily maximize profits and efficiency. “It���s as easy as point-and-click. Fulfilling orders on the platform is very user-friendly.” With as little as two clicks, each order is shipped 100% hassle-free.

When it comes to the techie stuff, RevolutionParts has Chris covered. The in-house Marketing Agency makes unique pricing suggestions for each of his online selling channels to optimize profitability. “RevolutionParts helps us set our pricing so we stay competitive with other online part stores,” he says.

Chris’s advice for dealers who still aren’t considering Parts eCommerce? “There’s more opportunity out there than you know.” He adds, “As long as your pricing is right, your ads are right, and you’re responding to your customers quickly, you’re going to do just fine!”

Blog, Grow Online Part Sales
Cross-selling strategies might not seem like an immediate solution to a lull in sales at the ...
READ MORE

5 Ways Your Parts Form is Costing You Sales

Auto Industry Trends, Blog
From start to finish, filling out the parts form on your dealership website is a pain. The ...
READ MORE

Sell More Parts Across Canada in 2022