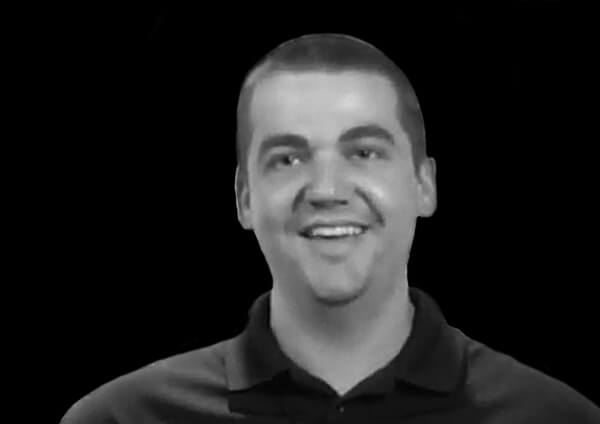 Over the past few years, Jason Brydon from Wagner Motors has been around the block with eCommerce solutions to sell parts & accessories online. He’s tried them all: Miva Merchant, OpenCart, TomatoCart, Trademotion, and SimplePart.
Unfortunately, none of them offer the tools Jason needed to grow his auto group’s online business. The platforms he tried were slow to update and improve, making it clear that he might not ever get the features and support he needed to get to the next level.

“Revolution just keeps moving forward. I like the advancement; that’s what I always look for. I want to see improvement over the years. I don’t want to work on the same platform that I had 3 years ago. ”

Jason found initial success with these platforms. He got used to being proactive and figuring out the software on his own in order to find more ways to optimize his store. Unfortunately, a lot of the features Jason wanted didn’t exist, and the platforms had no plans to add them in.

“Miva Merchant wasn’t evolving. It was the same old stuff,” Jason says. “There were a lot of things I wish I had, but I didn’t. With OpenCart, again, I started seeing areas where I was like, well, this is just how it is.”

Even though he could only sell accessories and apparel with these platforms, results were good enough that Jason wanted to keep selling online. As the market for selling auto parts online grew, Jason realized that was the next big opportunity to grow. This meant signing up with a parts-specific solution provider that offered an OEM catalog and fitment data.

After some research, he found out that Trademotion had been using the same dashboard for over 4 years. Jason was excited when Trademotion announced a dashboard update, only to be let down. “When they pushed out the new dashboard, it was just a different skin. That was it. Everything was all the same.”

SimplePart was next on the list to try, but Jason wasn’t on that platform for long.

“I hated their dashboard. I hated their website setup,” he says. “They threw so much at you, and just threw it all in one spot, and they expect an end user to just figure it out. They’d brag about their reports, but I’d have to scroll two pages down to get to the one report I cared about.”

In 2015, Jason heard about RevolutionParts through his Dealer.com rep and hasn’t looked back since. “Revolution is so far the best one I’ve dealt with,” says Jason. “I like the platform. It’s just so much easier. Everything I need is there.”

Unlike the other platforms he’s worked with, RevolutionParts is always releasing new tools and features that make Jason’s job easier. As a customer since 2015, Jason has seen this growth firsthand.

“Revolution just keeps moving forward. I like the advancement; that’s what I always look for. I want to see improvement over the years. I don’t want to work on the same platform that I had 3 years ago,” he says.

His favorite feature is the Quote Creator. Customers will send a VIN and a list of parts they need, and Jason is happy to put it together for them. He can easily add parts to the quote and email it out to the customer.

“Most of our customers are on cell phones or they can’t understand English very well, so it’s way easier to just give them a visual. They can see how much it costs, modify the cart if they want, and see what the shipping is. I don’t have to sit here and click through everything while keeping them on the phone.”

Not all dealers put in the same level of customer service as Jason, but he knows it’s important. Often, customer service is what wins him extra sales and gets buyers to come back and shop with him next time.

The effort it takes to create quotes for his customers is worth it, especially since Jason integrated his DMS with RevolutionParts to save him time.

“While I’m building a quote, it’ll tell me if it’s in stock. I don’t have to log into my DMS to check; I can trust what the web store says. It saves me two or three steps,” he says. “SimplePart didn’t really have a quote system. They had something you could send, but it wasn’t as easy as Revolution.”

As a tip to other sellers, he says to put some time into maintaining the catalog, since no catalog is perfect. “We’re going to find out something is discontinued before anyone else,” he says. With RevolutionParts, he can edit the catalog and mark parts discontinued, immediately removing them from his Web Store.

When asked how he would describe the company, he said RevolutionParts is true to their name. “They’re revolutionizing eCommerce for the parts and accessories world. Just look at the platform when they first started, and look at it now, and tell me what you think.”

Ebook
The only shipping guide you will ever need Free Download Shipping cost is a huge source of ...
READ MORE

How To Effectively Cut Costs In The Parts Department

Grow Your Own Service Technician