For 8 years, Sunnyside Toyota dominated the online parts business. As one of the first dealerships to sell Toyota parts online, they had a huge head start in the eCommerce world. But after a change to their URL, the team lost their high standing and didn’t have the marketing tools and mobile-friendly website to gain it back. After switching to RevolutionParts, the team saw an increase in sales and orders.

“It’s easy to get started. Everything’s there, you can basically go tab through tab and figure it out on your own. But if we had any questions, I would give my sales rep a call and he’d walk me through everything.”

After holding the #1 organic spot for five years, Sunnyside Toyota’s search engine optimization (SEO) took a serious beating when Toyota required them to change URLs. With plummeting sales and traffic, they had little control over the situation and could only watch as their numbers fell.

The parts eCommerce solution they were using had very few customization tools. Gary Osborne, Sunnyside’s Internet parts manager, would have to manually request changes each time, which slowed the process and made adapting to the dealership’s changed situation difficult. Their parts website wasn’t mobile-friendly, either, and with Google’s increased preference for responsive sites, it only made matters worse.

Sunnyside Toyota waited, hoping the situation would improve. After working with the same eCommerce solution for so long, they were hesitant to make a change. But with sales still dwindling months later, Sunnyside Toyota decided they’d had enough and were ready for a change.

After thorough research, the team at Sunnyside Toyota decided to make the switch to RevolutionParts. Gary remarks that the transition was painless and took less time than he expected. “It’s easy to get started. Everything’s there,” he says. “You can basically go tab through tab and figure it out on your own. But if we had any questions, I would give my sales rep a call and he’d walk me through everything.”

Almost immediately, Gary and his team saw an improvement to their parts store. “Since switching, we’ve noticed a lot more mobile orders,” Gary remarks, noting that the mobile-friendly design was a major factor in their decision to pick RevolutionParts. In recent years, responsive websites have been increasingly vital for website SEO.

To further improve search engine ranking, Gary is happy with the customization tools offered in the RevolutionParts platform and his ability to update site information at will. Gary can now add SEO pages, control portions of his catalog, and add and take back pieces on his site. “It’s refreshing compared to what we were dealing with,” says Gary.

Sunnyside Toyota’s Web Store is already seeing a massive improvement in sales and orders, making Gary confident in his ability to bring the store back to its former glory. “Quite honestly, it was almost an instant money-maker. As far as turning the switch on to our first few orders, it’s been seamless.”

“It’s opening a different avenue for sales, and sales is the name of the game,”

“Before RevolutionParts we couldn’t trust the catalog. Now we can just breeze through the orders and not have to stop and check each one to make sure the customers ordered the right thing. Their part number accuracy is 99.9% and that saves us a lot of time.”

“Revolution just keeps moving forward. I like the advancement; that’s what I always look for. I want to see improvement over the years. I don’t want to work on the same platform that I had 3 years ago.“

“I’ve had a surprisingly high number of repeat sales from the same customers. I didn’t think we’d build this much customer loyalty so quickly after launching our RevolutionParts site, but we have.”

“Revolution has absolutely saved us time selling online, Buyers experience an extremely user-friendly interface, removing us from having to walk them through the process and from the easy navigation of the management side of the system.”

“We looked at a couple other options, but none were what we were looking for, with RevolutionParts, everything we saw looked straightforward and very clean. The pricing wasn’t outrageous either.”

“It was very simple to walk through the back end and set everything up . . . You just plug it in and it’s running. It’s really turnkey, If there were any bumps in setting up or managing the eBay store, help was only a phone call away, the customer service has been excellent,”

“It’s refreshing compared to what we were dealing with. Quite honestly, it was almost an instant money-maker. As far as turning the switch on to our first few orders, it’s been seamless.” 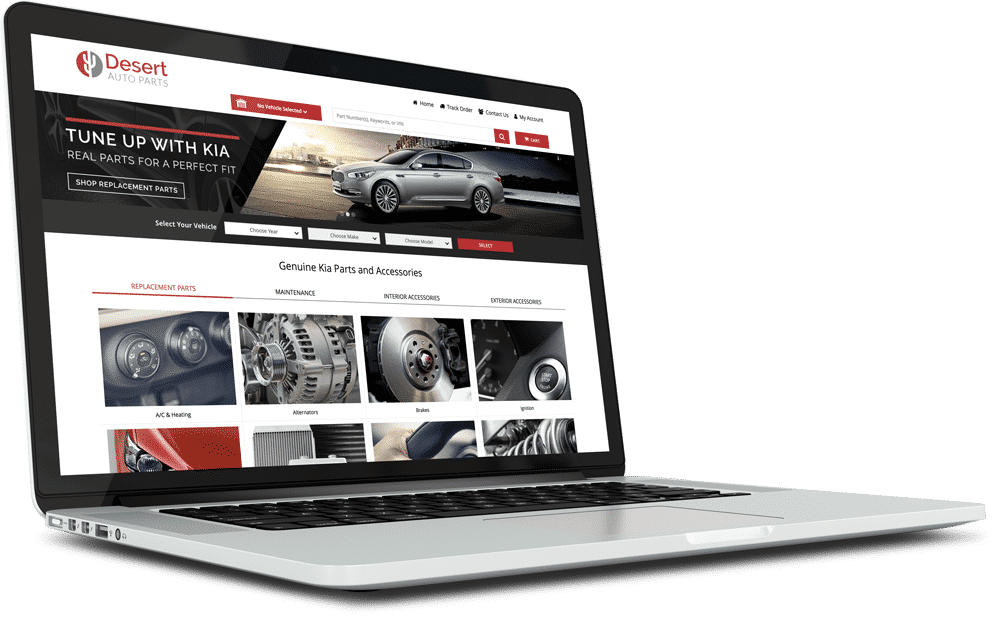